American painter, Alexangel Estevez, was born and grew up in East Los Angeles,
California.  In 1995, while in high school, he was instrumental in establishing
an art mural course, resulting in the creation of permanent murals throughout the campus.

Alex has been juried into annual ArtWorks public exhibitions in Richmond, VA
since 2015. He was selected for a single artist exhibit at the City Hall,
Ft. Lauderdale, FL, in 2017.  He was invited to show with the Artblend Gallery at
Spectrum Miami during Art Basel week in 2018. He received an Honorable Mention
Award for his oil “Storm Watch” in the Broward (Florida) Art Guild Tri County Biennial
in 2019, and, for the same painting, was awarded second place in the landscape
category of the Artist Magazine, 2019 Annual Art Competition.

His works best described as " My paintings are vivid with colors creating the sense of energy, yet the scene is peaceful and serene."

The English Romantic painter John Constable has had a major influence in Alex’s paintings. 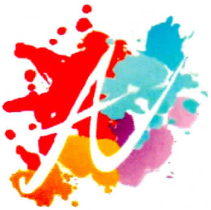